Label: Funambulist Recording Company
Buy: From the Band
Listen: Mp3’s from the single

Weird how I listened to this, and was going to write a review that said (among other things) “Interpol produced by Phil Spector.” Then, doing some background research into the band, I discover that Seven Inches (Everyday) said essentially the exact same thing.

The Laureates remind me when Uncle Bob took GBV down the hi-fi route, having pulled everything he could out of his basement recordings. As you may recall, many GBV loyalists rebelled against the slickness; if you go back to “Do the Collapse” eight years later, the songs hold up (though, what you need from that era is the Hold on Hope ep, which is the best hi-fi thing Bob ever released).

That is to say, this single is about the songs, the hooks and the production. For a band of this genre, this sounds slick as snails, and these guys fall all over themselves to pile hook after hook into every song.

Chewing Gum 7″
a1: Chewing Gum
a2: Love Radiation
b1: Super Flourexcent Hippo Flashback
b2: The Stranger

Both of these singles have been entrenched on my stereo more or less all afternoon. I kind of think I am in love with this band, but you know how I worry about saying those things after one date. Yet, whenever “Chewing Gums” comes on, I get that “tingly” feeling. Sometimes you just know, ok?

Anyone reading this blog knows that my weak spot is describing music. I don’t think I am the only one with that problem, so I don’t feel too badly about it. I am good at saying shit like “my new obsession” and “favourite singles I have heard since ____.” All warranted here. Every song on these two singles are fucking essential, and Electric Bunnies are exactly the kind of band I can get behind – experimental, lo-fi with keeping one foot planted firmly into pop music. Makes a strange beast at times (“The Stranger” which you need to hear), but also makes it all come together in really exciting ways. Add the Electric Bunnies to my “buy everything from” list.

Here is another increasingly popular 7″ that sold out shortly after its release, making it very hard to come by, save for eBay (which I have been unsuccessfully bidding on and losing time and time again – I am tired of these auctions going $30+ for singles that aren’t even a year old). Making things worse, I got a copy of the 12″ that Die Stassi released last month, and now I am even more excited about this band. When this one is reissued next week, don’t sleep on it. Also, make sure you pick up the (limited) LP from Die Stassi while you are at it,as it comes with my highest recommendation.

I am running out of ways to talk about bands like TV Ghost. Music like this this does a really good job of avoiding easy comparison (forcing people to come up with long lists of “Sounds like” and “possibly influenced by”). With TV Ghost, this is an even bigger problem, with the whole thing being rooted in sounding like a million different things at once. I can’t remember where I read it now, but someone mentioned bands like TV Ghost being the first generation of music lovers with unlimited access to music via things like SoulSeek and Torrent sites, and I have to wholeheartedly agree with that. More than that, the songs are great – mostly skewing to the weird and outsider-y type songs. I am really excited to hear more from this group.

a: Army of Ideal
b: What a Waste
Listen at Myspace
Purchase from BistroDistro

This came out late last year on the increasingly popular/collectible Hozac Records, and has been on my heavy rotation pile since I got it. Part of the new outsider punk scene that is happening right now (Blank Dogs, Daily Void et al.), Nothing People are at the forefront. Yet, unlike some bands in this genre, Nothing People are unique while retaining a highly listenable sound at the same time. Especially “Army of Ideal,” which is my favorite Nothing People song, driven by a no-wave/post punk  guitar hook.  Check it out. r

I am going to make this a regular Wednesday feature from now on, whereby I take a look at some hot vinyl singles being sold exclusively in the UK, and deciding whether or not it is worth it to pay to ship one to North America, factoring the shipping cost and the exchange rate. Often, I will be unable to hear the full single, and will go on the songs that I can hear to help me decide weather I can take the financial hit. This is par for the course anyways – often deciding to pick up or ignore a 7″ based on limited information (one or two songs at maximum).

This came to my attention from it being the Norman Records “Single of the Week,” but I have to wonder about those crazy brits sometimes. Another reviewer has suggested that the b-side is actually better of the two, but I am not getting behind this a-side at all. Musically this is pretty standard punk-tinged indie rock (at times reminding me a little of Le Tigre), and musical aspect of this is ok, if nothing special. It is the vocals/lyrics that just don’t sit well with me, especially the chorus which I just flat out find to be really annoying. I also dislike the cover art. And the band name.

a: I Don’t Wanna (Smoke Marijuana)
b: We are the Only Animals
Buy from Rocket Reducer
Listen at Myspace 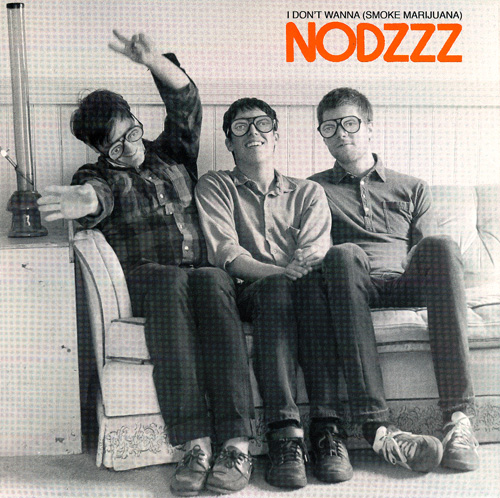 This is one of the best things to hit my ear this year (2008 for those of you “unstuck in time”) comes out of nowhere with San Fran power trio Nodzzz. Their first run of these is already sold out – but hey, it takes a long time to get things up to Canada (though apparently, Rocket Reducer still has a handful of copies, so act now or forever hold your repress, which are apparently in the works).  This band has some buzz going for it right now in certain circles, and after finally getting my hands on a copy, I can understand why. This is really bouncy and “fun” (not the mandated kind, mind you), with a loose style reminiscent of Dead Milkmen meets The Modern Lovers. I think I am digging the b-side a bit more “We are the Only Animals”which is a little less novelty driven as “I Don’t Wanna (Smoke Marijuana),” which I am totally not buying. Highly reccomended.

a: I Want You
b: Waste of Spaces
Available Mid-March from Sacred Bones 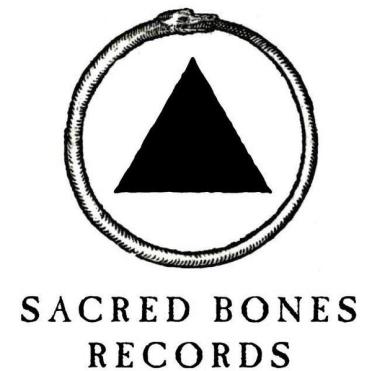 Coming in Mid-March is the first of two Dead Luke singles that Sacred Bones is releasing (the second single is due in April). When the first 7″ is released, Sacred Bones will also be taking reservations for a box set which will pset you back around $15; included will be both singles, a four song CDR from the single, buttons, stickers, inserts, etc. Both singles will be pressed in an edition of 500, but there will only be 100 box sets available, so keep your eyes peeled for that.

I have only discovered Dead Luke recently, but I am coming back to his MySpace page and listening on a regular basis – I really like it a great deal (you can actually hear both songs from this single right now – “I Want You” is streaming at Sacred Bones and Waste of Spaces is on Dead Luke‘s Myspace). There is definitely a dark edge to these songs – almost goth in tone (though think old skool goth and not the crap they call goth rock today) – especially listening to “I Want You” and it’s refrain, repeated in this low voice and with its blown out electronics, the whole affair is fairly sinister. Nice. Really looking forward to this one.

While we are at it, Sacred Bones is also releasing a single in March from Nice Face (Thing In My Head b/w Hidden Automatic) who totally kick ass – more blown out goodness that will appeal to fans of weirdo garage rock. Looks good to me. The first 100 Nice Face singles will be on white vinyl, and will likely have unique covers.

The Annotated Everything
Create a free website or blog at WordPress.com.