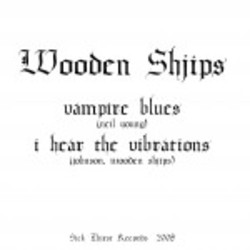 a: Vampire Blues (NEIL YOUNG!!!)
b: I Hear the Vibrations

Wooden Shjips just put out another instant rarity/sellout in the form of this tour only 7″ available (to my knowledge) only through a few UK distros and webstores (though I got mine from S-S, so look around for a US distributer). I jumped on this because Wooden Shjips cover one of my favourite Neil Young songs from my favourite Neil Young album (On the Beach – pure brilliance there), though this cover doesn’t really do much for me. B Side “I Hear the Vibrations” sounds exactly like Wooden Shjips – a stoner rock album that has hit a lock groove and then some dude Jim Morrison’s out over the song (with as much reverb/echo on the vocals as is possible). Not really my thing, though I do like a few of their songs, it all seems pretty boring/samey to me. 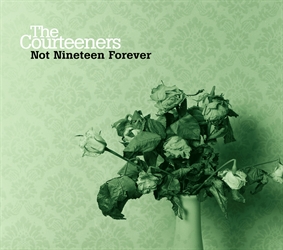 The Courteeners – Not Nineteen Forever  7″

You know that band The Killers? They need to be stopped, their influence spreading like cancer. This band sounds like a cross between The Killers and Snow Patrol, and as a result, I was about to turn this shit off, but the geniuses behind the band/label decided only to post a “sample” of the song on their MySpace. Lucky me! 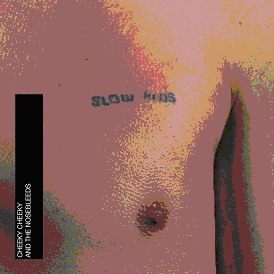 Label: Tired And Lonesome Records
Buy: Norman Records
Listen: Myspace
Song heard: Slow Kids, Fascinating
Converted Price: $10.97
Worth it?: Not quite a “fuck no,” but not a yes either

“Slow Hands” lifts some hooks from that one Libertines song that was any good (“Can’t Stand Me Now”), and so you will be into this if you are a Libertines superfan (ahem). Actually, this song sucks, and so do the Libertines. “Fascinating” is a little better, but I would rather listen to Wire, which this is very reminiscent of. For $10, no way.

a1: Clusterfuck
a2: Detroit Deisel
b1: Burning Wire
b2: Heat and Panic 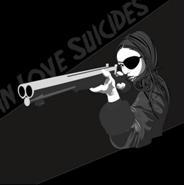 Song listened to: “Heat and Panic””
Converted Price: $9.54
Worth it?: Undecided, so probably no.
The song that I listened to – “Heat and Panic” is actually pretty good. Sounds a lot like My Bloody Valentine (meets White Light/White Heat era Velvet Underground).  Lots of screeching guitar jabs, and that driving VU inspired bass/drum combo. Nice and lo-fi sounding.  Singing, at times, reminds me of that 80’s novelty xmas song by The Waitresses “Christmas Wrapping.” That will be a good thing or a bad thing.

I am going to make this a regular Wednesday feature from now on, whereby I take a look at some hot vinyl singles being sold exclusively in the UK, and deciding whether or not it is worth it to pay to ship one to North America, factoring the shipping cost and the exchange rate. Often, I will be unable to hear the full single, and will go on the songs that I can hear to help me decide weather I can take the financial hit. This is par for the course anyways – often deciding to pick up or ignore a 7″ based on limited information (one or two songs at maximum). 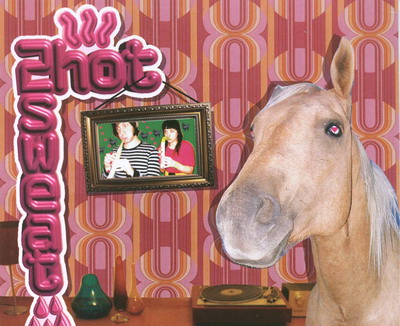 This came to my attention from it being the Norman Records “Single of the Week,” but I have to wonder about those crazy brits sometimes. Another reviewer has suggested that the b-side is actually better of the two, but I am not getting behind this a-side at all. Musically this is pretty standard punk-tinged indie rock (at times reminding me a little of Le Tigre), and musical aspect of this is ok, if nothing special. It is the vocals/lyrics that just don’t sit well with me, especially the chorus which I just flat out find to be really annoying. I also dislike the cover art. And the band name.