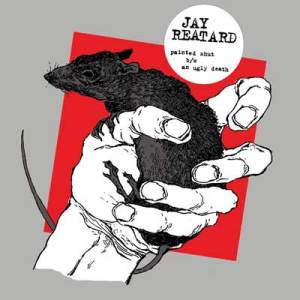 a: Painted Shut
b: An Ugly Death

As with last months “See-Saw” 7″, Matador is taking pre-orders on the new Jay Reatard single that should be officially released next week or so. They keep talking about “extremely limited”, but no idea what that actually means (you can still get “See-Saw” from Matador). You want these for the awesome musics anyways mang, so don’t worry about your ability to flip these on ebay in a month, and get it because the music is good.

In other Jay Reatard news – In The Red is putting out a compilation of all the early (and impossible to afford) singles as a double LP, so look for that. I’ve been wanting a copy of the “Night of Broken Glass” 7″ for a long while, but am waiting for the Reatard-backlash so I can actually afford a copy, so this will do for now.